The following test on Whey Perfection from Bodyenfitshop has been anonymously placed on Bodybuilding.nl, but the product is ordered by the lab itself. So this is an independent test.

On December 25, 2014 there appeared a new amino acid analysis on Bodybuilding.nl. The discussion of this analysis is unfortunately closed by the moderator, but there is a new topic by admin opened where the conversation can continue. This discussion can be found here!  On he product a deviation of 20.5% is found and also again a too high value of Glycine and Alanine.

The independent and accredited laboratory ECCA NV has been instructed to order Whey Perfection on bodyenfitshop.nl, to recieve the parcel itself and to sample the contents. In the report below, you can see in the comments that ECCA itself purchased the sample without third party interference.

Reason
The reason for the commission is a laboratory test organized by members of Bodybuilding.nl. There is doubt about the results of Whey Perfection. This new sampling is used to clarify this matter.

Sampling
ECCA has been instructed to pay particular attention to protein content and added glycine or other amino acids which are not stated on the label. The addition of low-cost Glycine is a well known phenomenon for increasing the nitrogen content, and thus artificially increasing the protein content. Losse amino acids added should be listed on the label and may not be declared as protein.

Short conclusion as a result of the measurement results of ECCA
On the product a protein content of 70.4% has been measured. However, there are two amino acids present which are not normally encountered in such a high dose in whey protein. These are glycine and alanine. There is no other explenation then that these amino acids are added separately.

After correction of these amino acids can be stated that the product contains 62% protein. On the label of the product a protein content of 78% has been declared, this is a deviation of 20.5%.

Commenting on the results of ECCA 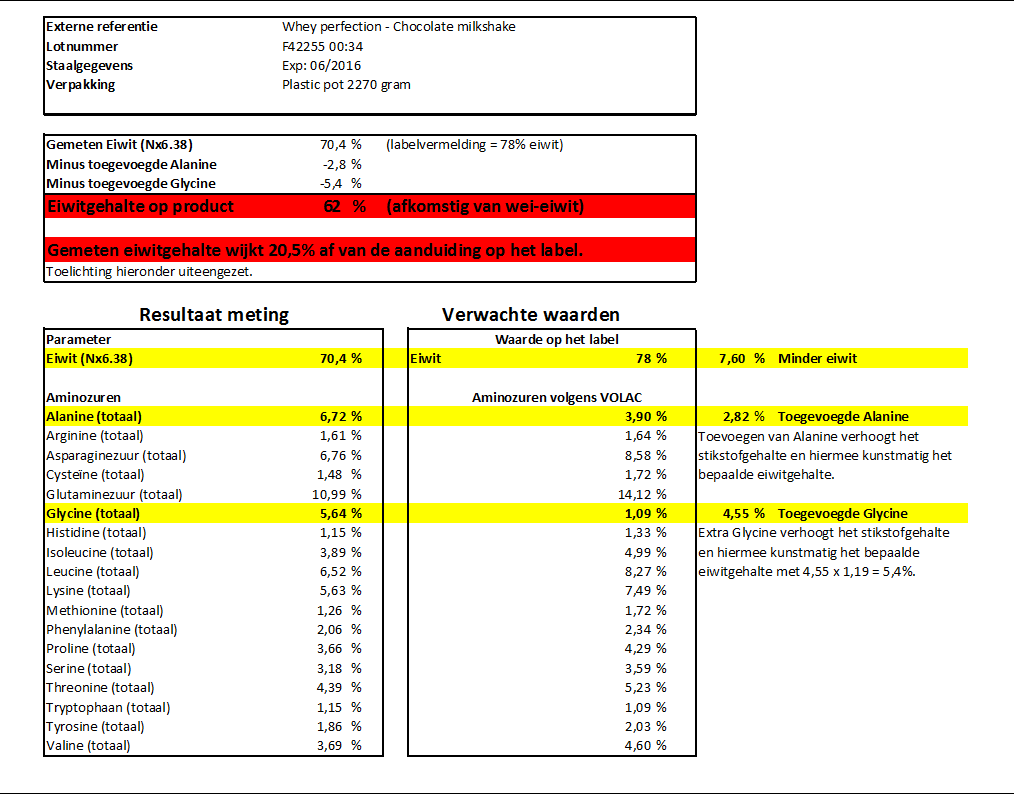 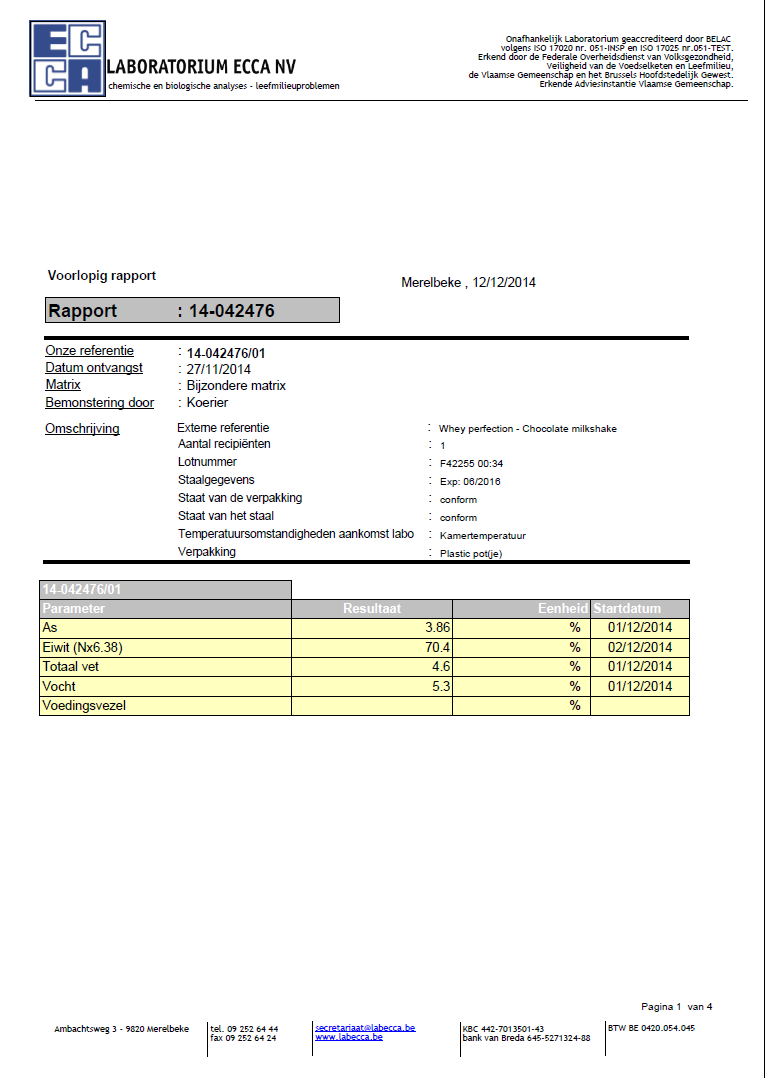 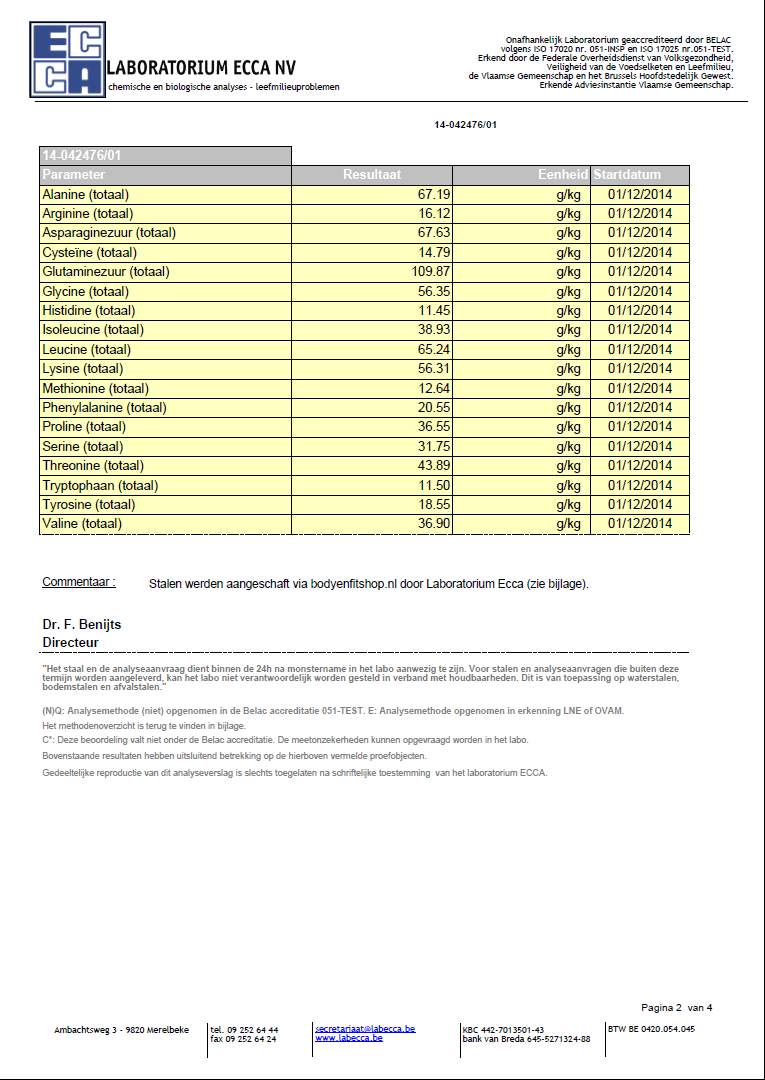 Nutritional values ​​in the pot 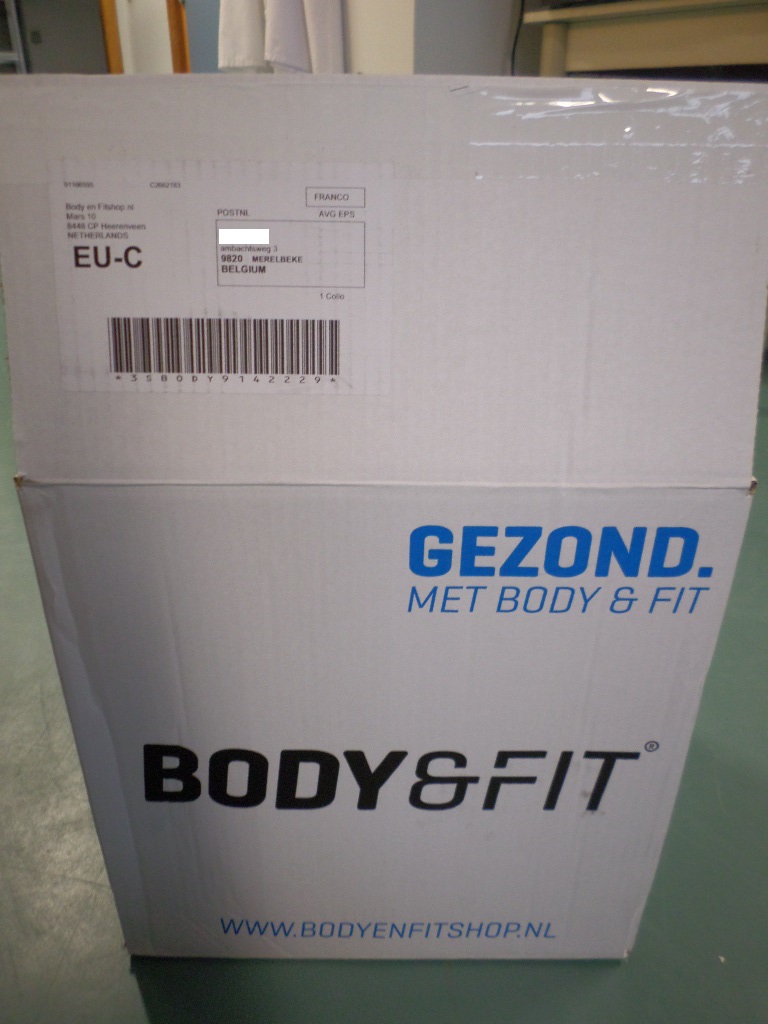